Just put up a landing page and get some press

Founder Lesson
I was recently talking with an ex-NFL player about his new startup. His startup helps amateur athletes measure their performance and compare with others. He gave me the full pitch and then said, “a big advantage I have (as the founder) is that I’ve been to the ‘promised land,’ so it gives me some credibility.” Of course he meant that he’s gone from amateur to professional in football, so he’s seen the entire process.

After our conversation it occurred to me that I’ve also been to the promised land (in at least one way). I’ve written a startup idea on a napkin and seen that business get millions of users and generate millions in revenue.

That moment with that founder has stuck with me ever since because - regardless of area of endeavor - having accomplished some big goal means that you’ve seen parts of the process that others have not.

One area of startups where seeing the “promised land” is important is growth. Most startup ideas don’t fail in all areas. And most startups don’t take off right after launch. The vast majority of startups do some things right and other things wrong and just progress along at a steady pace of growth. Because many founders haven’t seen big growth (ie “getting to the promised land”), they believe that nice steady growth is a positive sign that things will pop any day now. Unless some part of the model is working in a big way, I’m typically very skeptical of steady growth.

A good example of the initial growth that I look for is detailed in this podcast. This founder had an acquisition offer on the table, but decided to put up a landing page for a new idea. After just one article written about this business model (with nothing but a landing page), they got a few hundred sign-ups in a few days and potential customers started calling them.

My long-time friend and co-founder Michael Tavani likes to say that “something has to come easy for new startups.” What he means is that if you are right and the world really wants your new startup idea to exist then something needs to take off in a surprising way from the very beginning. This doesn’t have to be the entire business, but some part of the model needs to be correct in order for you to have the necessary momentum to keep going.

Get Right to the Lesson
I’d recommend listening to the entire thing, but to get right to the point go to minute 14:23 of this podcast. 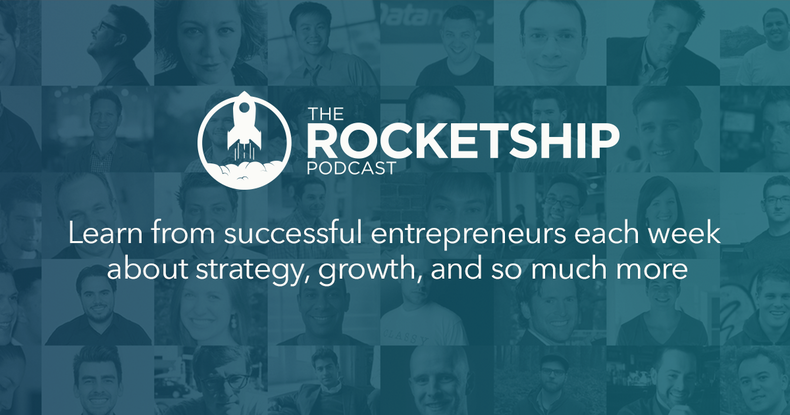